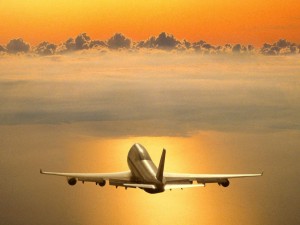 The return back home of the expatriate family is an aspect of expat life that is often overlooked by those responsible for human resources. Much corporate effort is put into a successful expatriation of a family. Its return, however, is assumed to be natural and its reintegration a matter of time. But this is often not the case. In this article I will discuss how a deeper understanding of cultural differences will improve repatriation.

The first time I returned as an expat I was only a child. I had spent four comfortable years in Bogotá, Colombia, and had attended the local British school. Being a young child, I was unaware of any cultural differences and easily moved from one cultural context – Colombian friends, a British school system and teachers who were probably more British than they would have been at home, and my own Dutch family – to the other. My first culture shock came when
we returned to the Netherlands. Having just joined my new school, I had to find my way and jumped at the opportunity to show my batting skills playing softball in the schoolyard during sports class. Having played the game often in Colombia, I hit a fine home run and celebrated with high fives and cheers. The teacher was not at all amused and scolded me, telling me that ‘we’ were not in the jungle and we certainly didn’t show off. Being a child, I could only be sad. Later, after subsequent homecomings, I realised that what had happened had been part of a larger phenomenon: returning home is equally as challenging as leaving.

Being an expat is a personal journey, requiring you to develop the traits and characteristics needed to effectively craft intercultural solutions. It is about how you engage your mind, focus your attention and appreciate cultural differences. A repatriate will return home with a new sensitivity and openness to his or her own culture. Having taken it for granted before leaving, he will now measure it against cultures he has been exposed to as an expat. This can be a confusing experience in both private as well as professional circumstances.

In some key respects it is believed there are universally accepted behaviours regardless where you come from. Behaviour such as: telling truths, sharing information and achievements, keeping promises, returning favours and building trust. But then, as long as judgments and biases are suspended, it is in the shades where the true colour is revealed. What is the truth and what is shared when, and with whom? What is a promise and how does it apply in different circumstances? Does one stand out or blend in? Understanding the values behind cultures will help us understand others better.

The Polish philosopher Ryzard Kapuscinski says that “not only is he the Other to me, I am the Other to him as well”. And in that concept lies the key to not only being an effective and culturally sensitive expat, but also to having a better awareness of one’s own culture. When I say culture, I mean a set of unwritten norms that guide people’s group behaviour and gives them a sense of what is right and what is wrong, what is appropriate and what is not. The sensitised expat understands that there might be alternative ways to interpret reality. It is with this mind-set that an expat returns home to accept a new position in a culture he previously took for granted.

Understanding cultural differences is complex and models are available to provide some guidance. Professor Geert Hofstede has described a number of basic social dilemmas and the way societies have dealt with them for centuries and still deal with them today. Awareness of these dilemmas will help the returning expat grasp the essentials of the culture he is leaving behind and compare these with those of a culture he was born and raised in. In this article, I will review one of them in relation to employment, and leadership in particular.

This social dilemma is about hierarchy versus equality. As an expat manager in Colombia and Guatemala I had to learn, sometimes the hard way, that hierarchy has a different function in most Latin American countries than in the Netherlands. Employees expected me to be the boss, including the power and status that go with it. Leonel, the sales manager who reported to me, would not easily walk into my office of which I kept the door wide open. He once told me we had lost an order from the largest brewer in the country. Two weeks ago. So why hadn’t he told me earlier, so that we could have offered a different package? Leonel had expected me to check on him on a frequent basis. He had felt left to fend for himself. How could he know that he was allowed to offer a different package? In Colombia there is a high power distance and in countries with a high power distance it is important to show that distance. People accept that others hold more power. But this implies much closer control and detailed instructions.

The Netherlands is a low power distance culture, which does not mean that there is no hierarchy or power distance, merely that it is much more subtle. Hierarchy is created for convenience rather than for power and status. Upon my return to the Netherlands I had to readjust my mind-set and accept that superiors are accessible and information is made available throughout the organisation. More than ten years of high power distance had spoiled me, in a way. I remember one of the first meetings with my staff where I unfolded my plans for the marketing campaign for a new product line. Of course I had discussed the plans with the CEO, who appeared to approve the plans. But rather than scribbling down their ‘to do s’, as my colleagues in Colombia surely would have done, my Dutch team members started to challenge the plans and suggest alternatives. They expected me to be a coach rather than a boss. Not to tell them what to do, but to expect results. In terms of the social dilemmas, I had experienced differences in the way the Colombian and Dutch society deal with hierarchy. It is one of the most significant culture dimensions affecting leadership.

It all starts in childhood, when we are not yet ten years old, and are learning what is right and what is wrong in our community, and what is appropriate and what is not, as my colleague Fernando Lanzer explained in his recent TED-talk. When I was a young father in Guatemala, we would meet Guatemalan families with children. Enjoying the food and drinks, the adults would engage in lively conversation. Guatemalans love to get together and converse. When our four-year-old son would walk to me, I would interrupt the conversation for a moment and proudly engage my adult friends with him. Although the Guatemalans would courteously respond, they would never accept it if their child interrupted adult conversation. The Guatemalan child learns that there are people who have more power: the adults. Other people have less power: the children. My son learned that in his world people have the same amount of power, and that he was included in the conversation, albeit briefly. At a school in Colombia, or any other country with a high power distance, the teacher holds the power. He is expected to be the leader, the expert. The children listen and only ask questions when they are allowed to. Not in equalitarian countries. Children are expected to speak up, engage with the teacher and each other and develop their own opinion. The teacher is expected to be the mentor. With this mind-set, individuals engage in professional life. Organisations are built on the foundations of the cultural values of the society where they are established.

Power distance versus equality is one of six principal dilemmas affecting leadership. The other four are individualism versus collectivism, performance versus quality of life, avoidance versus acceptance of uncertainty, flexibility versus discipline and, finally, acceptance versus suppression of natural drives. Years of research by scholars such as Geert Hofstede have made these dimensions measurable and the available data allow us to see the cultural differences among societies.

There are many reasons why a society deals with a social dilemma in a certain way. There are historical, geographical, demographic and even climatological reasons. One way is not better than another way. There are no right or wrong sets of culture values. It is how we understand them that will make us, expatriates, effective in different cultures. Even in our own.

The former expat will need to embark on a new journey, developing a way to integrate his global views while coping with frustrations that may emerge when dealing with basic issues such as hierarchy on the workplace. The expat who has taken time to study and understand the origins of differences between the host culture and his own culture before returning will be able to anticipate and neutralise these frustrations. He will also be able to help his organisation capitalise successfully on the global perspective he will have brought back with him.

During my years in the United States, Latin America and Asia I have developed an understanding of the six social dilemmas. Studying the related cultural dimensions helped me anticipate my return as an expat much better. A successful repatriate will make new connections, bridge cultural gaps and capture new opportunities, allowing him to create truly global solutions.