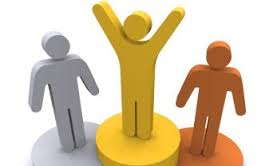 Cultural differences have an influence, in multiple ways, on the relationship between teachers and students, teachers and parents and between students. The ultimate learning outcome, short or long-term, may not be what parents, teachers or students expect if cultural differences are not recognized and reconciled. In this article, I will refer to three social dilemmas that have a significant impact on education: how people deal with authority, how people relate to each other and how people are motivated.

During my graduate studies in the United States, I was part of a group of 18 Dutch students. We were facing the big dilemma of having to complete our Master’s whilst enjoying the snow-capped mountains and deep hot canyons at the same time. It was as though we were never again going to be able to enjoy paradise. We decided to organize ourselves, share notes, distribute classes and help each other with our theses. Before long, we were known as the Dutch Mafia. Those American students who were not on a ballgame scholarship, were studying day and night, competing for the best grades. We, however, shared notes, divided our attendance in classes and enjoyed the beauty of the climate in Arizona, taking turns in the Jacuzzis in Phoenix or the snows in Flagstaff. We frustrated the Americans because, thanks to our group effort, we often had better grades than they did. Much later, being a young father in California, with our son attending kindergarten, we were perplexed about the level of competitiveness parents and teachers created amongst the children. Our son was sometimes subjected to what we perceived as drills: a search for excellence, teat in mouth.

Nothing to Brag About

This experience of a Dutchman in America illustrates how people from different cultures can have different sources of motivation. In terms of the widely-used cultural dimensions of Geert Hofstede, the American culture is masculine and the Dutch culture, feminine. This is not an easy concept to understand, let alone describe in a single article in this magazine. However, it is a good way to understand why American educators and their pupils aim for excellence, whilst Dutch teachers and students are content with a successful completion of their education, without trying to be the best in class. Research has shown that Dutch society has more feminine attributes, or energy if you will; modesty, a focus on quality of life and solidarity. Both men and women have a preference for these values. American society on the other hand, shows more masculine traits: assertiveness, toughness and more of a focus on material success. Being the best in America is an achievement deserving a stage, whereas in the Netherlands, it is a matter of luck, and certainly not something to brag about.

The Norwegian author Aksel Sandemose describes the small town of Jante, where the residents keep an eye on each other, ensuring no one even tries to believe he might be anything more than anybody else. ‘You are not to think you’re anyone special or that you’re better than us’, is the Law of Jante, a social norm widely embraced in Scandinavia and the Netherlands. Measured to be some of the most feminine cultures in the world.

A Six or an Eight?

One symptom is the Dutch ‘zesjes’ culture, allowing kids and teachers to be content with a modest six for a test – better an easy six for everybody than eight pluses for a few while the others are left scrambling for a six. After our return from the Americas to the Netherlands, where our children completed their education, we were never sure what was better: the meritocratic Anglo-Saxon style of competition and excellence – or the Dutch ‘zesjes’ concept, leaving ample opportunity for matters other than education, including helping less-talented peers through the system.

The source of motivation is only one aspect of culture affecting education. Another important feature is the way children are raised to accept that power is distributed unequally. In some cultures, children are expected to be obedient to their parents and elders. This is considered a basic social virtue. In other cultures, parents support their children to become independent, to say ‘no’ and feel that are equal to others. These two mentalities are carried forward at school. The role division between parent and child is exchanged for teacher and child. In cultures with a preference for authority, the educational system is teacher-centered. In more egalitarian cultures, the system is student-centered.

Teacher as a Leader

When a child moves from a hierarchical, collectivistic culture to egalitarian and individualistic Netherlands, he or she may be stunned by the way a class is run. The Connect2Us Foundation, which has as its mission to help people appreciate different cultures, tells the story of 12-year-old Farah, a migrant child who had recently settled in the Netherlands. Farah is from a culture where parents, elders and teachers are treated with respect by the obedient child. In fact, back home she would rise to her feet as a teacher entered the classroom in the morning. Here in the Netherlands children don’t seem to care about this. But, even stranger: the teacher does not seem to care, either!

Connect2Us invited Farah to tell her story: “Yesterday we were asked to make a presentation about pets. We had to sit in small groups and I was excited at first. Nice! What pet does the teacher want us to talk about? Surely, she would give a more precise assignment? But then the teacher didn’t say anything! The children in my group tried to decide. ‘My dog!’, said one; ‘no, my cat!’ said another, and still another wanted to talk about her beautiful pony. There was no order. I looked at the teacher in desperation, but she was doing something else. Why didn’t she just tell us what to do? This teacher is not a good one.”

Teacher as a Facilitator

Farah expects her teacher to show that she is an expert and a leader. She is used to a teacher giving explanations and telling her what to do. Farah’s Dutch teacher, however, is trained to have her students take the initiative, work in a group and contribute their individual work to a group assignment. She wants them to learn to express their opinions and take decisions independently. The Dutch teacher is accepted to be more of a facilitator than a leader.

To parents settling in the Netherlands, it is important to understand the basic cultural differences between the Netherlands and their home country. Their children might be exposed to changes that may be too fundamental for them to understand and accept without proper guidance. Overcoming cultural differences in the workplace takes time and patience; at school it takes a good amount of parental care.